Biofuel lobby groups are convinced that whenever the Environmental Protection Agency (EPA) issues waivers to reduce refiners’ Renewable Fuel Standard (RFS) compliance burdens, there is a corresponding decrease in U.S. ethanol consumption. Claims to this effect are wrong. “Smaller” biofuel mandates due to compliance waivers have not reduced the volume of ethanol consumed in the United States — a fact government data affirms. Here’s why:

U.S. fuel distribution has changed to accommodate ethanol. There’s no going back.

Nearly all gasoline sold in the U.S. is E10 gasoline, in which ethanol accounts for 10 percent of the total blend and contributes octane to the finished fuel. There are unique considerations for transporting ethanol and ethanol-blend fuels. Notably, these products cannot be shipped via pipeline like the other products made by refineries. Because of this, refineries generally do not produce finished gasoline that’s ready for drivers to pump into their cars.

The RFS is not the only reason ethanol is blended into gasoline today. Ethanol would be added even without the RFS.

Refiners produce an unfinished petroleum blendstock designed to be mixed with ethanol further down the supply chain at blending terminals. If the terminal is located far away from a refinery, blendstock will be pipelined into the facility and then ethanol and fuel detergents will be added to produce finished gasoline ready for retail. There is no leap-frogging the blending terminal.

Even if there was no RFS, the ethanol content in U.S. gasoline today would likely still hover around 10 percent because of ethanol’s advantages as a competitively priced, abundant source of octane.

Ethanol is added to nearly all finished gasoline, even to the petroleum products made by refineries that receive RFS hardship waivers.

In recent years as the RFS mandates expanded, EPA issued waivers to small refineries, relieving them of their individual obligation to buy compliance credits to prove that biofuels were being added to gasoline at blending terminals. But blending is implicit in the production of almost all finished fuels, and these waivers have no impact on the total volume of ethanol consumed in the U.S., which reached record highs in 2019.

The primary barrier to further ethanol consumption is not relief provided to struggling refineries, it is that gasoline demand is down, there remains a lack of retail infrastructure for fuel blends exceeding 10 percent ethanol, and there is a shortage of cars on the road warrantied to run on those fuels. A mandate on refiners, many of whom have no part in direct retail to consumers, cannot change what gas stations sell or what consumers decide to buy. 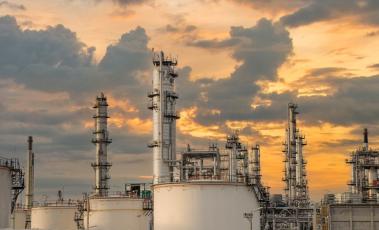