This Op-Ed originally appeared in Politico.

Later this year, PBF Energy will restart a processing unit at its refinery on the banks of the Mississippi River east of New Orleans. The unit at the Chalmette Refinery had been shuttered since 2010. In the years since, however, the U.S. energy landscape has changed dramatically, and the upgraded unit is returning to service to supply cleaner fuels for powering tankers, freighters, cruise ships and other commercial vessels plying the world's oceans. 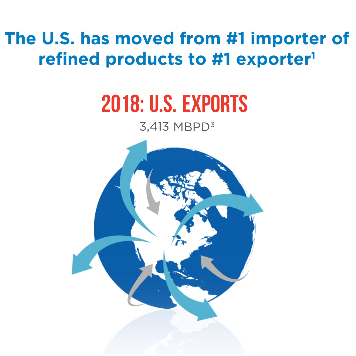 The graphic and values herein refer to net imports and net exports.

Rising U.S. production of oil and natural gas has led to a stunning turnaround that few thought possible a decade ago. By the end of next year, America is expected to become a net exporter of energy for the first time in decades, as U.S. exports of crude oil, refined petroleum products and natural gas continue to grow.

This increase in U.S. energy exports is part of an uptick in global trade, and the uptick in global trade means more tankers on the seas — which in turn could have meant increased sulfur emissions. But instead, thanks to investments and innovations like the ones at PBF and at numerous other U.S. refineries, many of those tankers will be powered by fuel that emits fewer pollutants than the traditional marine fuel that has powered global trade.

Since it bought the Chalmette refinery in 2015, PBF has invested $110 million in restarting the processing unit, known as a coker. The 12,000 barrels-per-day coker will increase the facility's capacity to produce cleaner, low-sulfur marine fuel that meets new, reduced international standards for sulfur content.

In January 2020, the International Maritime Organization’s rule requiring a worldwide reduction in the sulfur content of global shipping fuel — known as IMO 2020 — will go into effect. U.S. oil refiners are ready, having already invested in hardware to produce the lower-sulfur fuel that powers the ships that move their products — and countless others — around the world.

“There’s been more demand for cleaner products across the board,” says Brendan Williams, PBF’s vice president of government relations. “The refining industry has done a lot over the past decade or more to produce those products. American facilities are going to be producing the cleanest products we’ve ever had in history.”

Having already reduced sulfur dioxide, or SOx, and other harmful emissions in diesel fuel used for land transportation, U.S. refiners are now focused on achieving similar reductions for fuel used by ships, which move 90 percent of global trade. The change in marine fuel quality is expected to result in a 77 percent reduction in SOx emissions and slash in half emissions of particulate matter. To put it in perspective, in a single day one cruise ship emits as many particulates as 1 million cars.

The new marine fuel specifications target those emissions by lowering the allowable level of sulfur in marine fuel from 3.5 percent to 0.5 percent. BP has stated that the cap will result in a “fundamental shift in global marine fuel use” and is one of many refiners supporting the reduction in air pollution from ships resulting from the rule.

“Thanks to both already-made and planned investments, the U.S. refining industry is better prepared than many of its international counterparts to supply fuel that meets the new requirements,” said Susan Grissom, chief industry analyst for the American Fuel & Petrochemical Manufacturers.

And the U.S. upstream oil industry is well-positioned for IMO 2020 as well. Much of the increase in U.S. crude oil production is low in sulfur and ideal for making lower-sulfur fuels, and America is exporting more crude today than ever before.

In addition to restarting the coker at its Chalmette refinery to produce more clean fuels, PBF has agreed to supply shipping giant Maersk with low-sulfur marine fuel produced at PBF’s recently acquired former asphalt refinery in New Jersey on the Delaware River south of Philadelphia. Like restarting the coker at Chalmette, the agreement with Maersk repurposes idled assets to supply clean fuels.

“The preparation for tougher marine fuel standards is a huge achievement for the U.S.,” says Stephen Fisher, a refining strategy advisor for BP. “Not only can we make the fuels that are going to be in demand, but we can supply the crude to those countries outside the U.S. that will enable them to make some of these fuels as well.”

Heavy vs. light crude oil: U.S. refiners process it all

The global crude oil market provides refiners and crude oil producers the opportunity to buy and sell the many different qualities of crude oils produced around the world.

Two of the most important crude oil qualities are sulfur content and viscosity. Some crude oils are “heavy” or viscous, while some are “light” or more free-flowing. Some crude oils have high sulfur content, known in the industry as “sour” crude oil, and some contain much less sulfur and are considered “sweet” crudes. Heavy sour crude oil is more complicated to refine into lower-sulfur fuel and requires investment in additional process units. Many refineries in the United States have made the investment needed to process heavy sour crude oil into low-sulfur fuels but also have the flexibility to process light sweet crude oil.

“U.S. refineries can take in pretty much any kind of crude oil in the world and turn it into the cleanest-burning fuel that you can find on the planet,” says Stephen Fisher, a refining strategy advisor for BP.

Being able to process heavy sour crude oil gives U.S. refineries an advantage over refineries that can only or primarily process light sweet crude oil. An IMO 2020 benefit to the United States is that much U.S. oil production is light and sweet and will be in demand by those simpler (and often foreign-based) refineries, thus supporting increased exports of U.S.-produced crude oil.

More in this Series

Why Access to Global Markets Is Essential to U.S. Refiners & Consumers

U.S. refineries are the most complex in the world, allowing them to extract more value out of each barrel of oil than any other refining system globally. This competitive edge is made possible by access to global markets.
Read More
Infographic 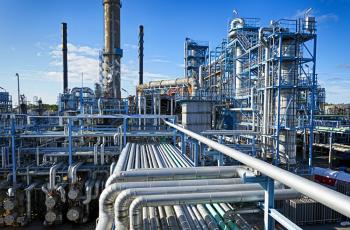 AFPM Statement on the Election of Joe Biden and Kamala Harris 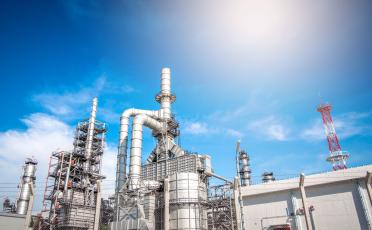