An Update on the Jones Act

The waiver to the Jones Act provided by the Department of Homeland Security is already proving helpful in the wake of Hurricanes Harvey and Irma, both of which affected important energy infrastructure in Texas and Louisiana, as well as fuel supply ports in Florida. Together, these storms created disruptions in the fuel supply chain. Thankfully, the federal government has temporarily waived the antiquated Jones Act, a century-old law that requires domestic fuel shipments to be carried on U.S. built, U.S. flagged ships, run by U.S. crews. This effectively eases a potential bottleneck by allowing foreign-flagged tankers to help deliver fuel to states experiencing a disruption in supply. We learned today that at least two companies have requested to use the waivers to help ease bottlenecks. At least one shipment resulting from a Jones Act waiver is underway, with more potentially to come. That’s good news for key markets looking to replenish their fuel supply. 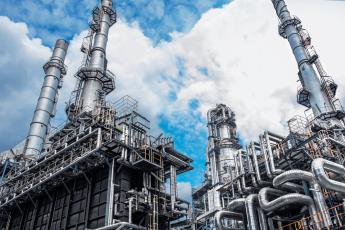 The American Fuel & Petrochemical Manufacturers (AFPM) and American Petroleum Institute (API) sent a new letter to President Trump urging him not to listen to “misinformation and misguided policies” from the ethanol lobby that will result in lost jobs in refining communities and higher gasoline prices for consumers.
Read More
Blog
Back to Top