Increasing public interest in pipelines in recent months prompted us to speak with AFPM Senior Director of Petrochemicals, Transportation, and Infrastructure Rob Benedict to gain some insight into the hidden role of pipelines in our everyday lives, the results of recent efforts to advance pipeline safety, the future of pipelines amid renewable energy efforts, and much more.

Pipelines are showing up a lot in the news lately. What’s being omitted in this coverage?

Rob Benedict: Most people have no idea of the huge energy infrastructure network that exists to make sure they can fill up their tanks, turn on their lights, and have access to all the amenities of modern life. And the reason they don’t know is that these millions of miles of pipelines do their job out of sight, out of mind, and with very few problems. Pipelines are without a doubt the safest mode for transporting large volumes of crude and refined products, and they’re essential to a viable U.S. energy sector.

RB: In addition to the millions of miles of natural gas pipelines that power much of our electrical grid, there are over 224,000 miles of crude oil, Natural Gas Liquids (NGLs), petrochemical feedstocks and refined product pipelines that move raw materials from production areas to refineries and petrochemical plants, and which move finished products from these plants and facilities to consumers and end users.

Pipelines are a critical part of what is called “midstream infrastructure” – the system of pipelines, ports and waterways, railroads, roadways and storage facilities that serve as the essential link between where oil, natural gas and NGLs are produced (upstream) and the refineries and petrochemical manufacturing facilities where these raw materials are turned into fuels and other essential goods (downstream). Midstream infrastructure also links these refineries and petrochemical plants to consumers, moving fuels from refineries to regional storage terminals and to retail outlets.

Tell us a little more about pipeline safety.

RB: Pipeline companies are constantly investing and innovating to make pipelines even safer. Data from the Pipeline and Hazardous Materials Safety Administration (PHMSA) show that over the past five years, pipeline incidents were down 17 percent at the same time that pipeline mileage increased nearly 10 percent and total barrels delivered increased 35 percent.

That reduction in incidents was a result of the millions of dollars pipeline companies have invested in technology for things like drones, sensors, auto-shutoff valves, and of course, smart pigs. Smart pigs are robotic devices that can travel through a pipeline and record information about its internal conditions. Like a lot of other parts of our industry, pipeline companies are seeking zero incidents.

And AFPM strongly supports that ambition. In fact, we’ve been advocating for a pilot program system that would allow companies in partnership with the government to test new technologies — under safe conditions, of course — to help spur innovation and bring these safety technologies into widespread use through a safe and controlled process. Just in recent weeks, the House proposed bipartisan legislation that would make this a reality.

A recent national poll found nearly one in three voters think the pipeline permitting process should be more difficult. Why do you think that pipelines are getting such a bad rap?

RB: There are a lot of misconceptions about pipeline safety that are being compounded by anti-industry rhetoric. Many of the infrastructure permitting processes for pipelines and energy projects were put in place in the 1960s and 1970s and through the years have gone from a specific and tailored approval process to one that has become utilized by activists and leveraged to disrupt needed infrastructure projects at every opportunity. The National Environmental Policy Act (NEPA) and the Clean Water Act (CWA) weren’t designed to deny projects; they were designed to make sure projects were approved with the proper safety precautions and environmental considerations in place. To this end, the regulations implementing these laws need to be updated to reflect their initial intent as well as changes in technology and governmental process through the years.

The second challenge is a general lack of knowledge among the public about where their energy supply comes from. Many people simply don’t make the connection between the abundant, affordable energy supply that is available on demand and the pipelines that brought that energy. So you have this disconnect where people will say they don’t want pipelines but they also want their energy bills to be as low as possible.

The same disconnect exists about safety, with most people are unaware of pipelines’ ability to safely transport large volumes of materials.

Can you give us some examples of how pipeline development affects different parts of the country?

RB: Sure. Take the Northeast and the natural gas pipelines that are frequently opposed by NGOs. Whether those pipelines are built or not built directly affects people’s ability to affordably heat their homes during the winter. And not building these pipelines could force the U.S. to rely on importing fuel from countries that don’t have our best interests in mind.

On the Gulf Coast, a significant portion of the region’s economy is derived from pipelines: the refining jobs, port jobs, tax income and all the industries that support thousands of workers. All of that is driven by bringing oil and gas to market, mainly through pipelines. These cheap U.S. oil and gas feedstocks also have enabled the development of the petrochemical industry in the Gulf Coast, which is another huge employer and revenue generator.

With increasing attention on renewable energy, what role do you see pipelines playing in the future?

RB: There is no question that pipelines will continue to be vital for our energy future. All of the major energy forecasting agencies anticipate fossil fuels will comprise the majority of the energy mix for many decades to come, particularly in the transportation sector. As big structural and technological challenges to bringing more renewable energy online are explored — including issues around and integration with current infrastructure and grid systems —we have to make sure the system that has long been relied upon to provide the energy and petrochemicals that make modern life possible remains safe and efficient for all those who depend on it. The good news is that it is safe and efficient, and it’s continuing to improve. So for the foreseeable you’ll continue to need a safe, efficient means of transporting crude oil, natural gas and refined products. And pipelines can safely meet that need.

Some people argue that we have enough pipeline capacity already. How would you respond?

RB: I think if you asked people in the Northeast, West Coast and some rural areas if their energy bills are too high, they’d likely say yes. That reflects a need to better transport energy from where it’s produced to where it’s needed, and pipelines are one of the most efficient ways to do that.

But you also have to think beyond your own backyard. America is now an energy exporter. If we’re going to continue to export crude oil and refined products, we’ll need more pipeline capacity.

There are many parts of the world that will continue to need refined products and petrochemicals for many decades, and they are going to get it from somewhere. If the United States can continue get it to these markets efficiently and safely, we will benefit immensely as a nation.

So pipelines are essential to refined product exports?

RB: Yes, a robust network of pipelines is critical to efficiently moving domestically produced crude and refined products to our ports and ultimately to market overseas. Pipelines are essential to petrochemical exports as well.

The middle class is expanding throughout the world. That middle class needs access to the benefits of plastic products made possible by petrochemicals — for sanitation, medical supplies like heart valves, lighter-weight vehicles that consume less fuel, and everyday consumer products, among other things. Demand for petrochemicals is expected to rise for decades to come, and we need to be positioned as a nation to meet the needs of that growing market.

It sounds like pipelines are undeniably essential to our lives here in the U.S. and to people around the world.

RB: Absolutely. And the federal government recently acknowledged that fact when PHMSA announced that they were investing $10 million to study and develop the plans for a world-class pipeline research, development and testing facility in Pueblo, Colorado. PHMSA also announced in recent weeks that it is awarding almost $100 million in grants through its pipeline and hazardous materials safety programs. These government investments in the future of pipelines and pipeline safety are a very encouraging development.

The U.S. petroleum sector creates millions of jobs and ensures that we all have access to affordable energy. And all of that depends on a safe and efficient transportation system for energy and petrochemical products. Pipelines will continue to be a big part of the solution. 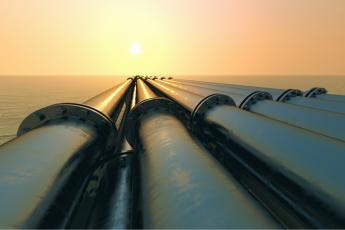 What They’re Saying: The Importance of the Line 5 Pipeline to the U.S. & Canada

The Line 5 pipeline plays a critical role in ensuring the United States and Canada continue to have access to affordable fuels, propane and other refined products. Union, political and business leaders on both sides of the border are emphasizing the critical role of the Line 5 pipeline and calling for it to remain open until its replacement can be completed:
Read More
Blog 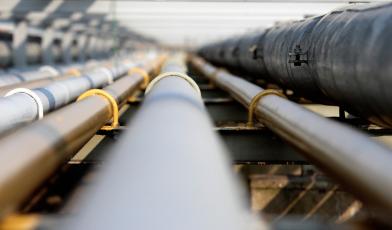 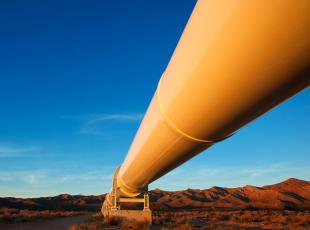 AFPM Statement on Passage of PIPES Act of 2020

WASHINGTON, D.C. – Congress yesterday passed the Protecting our Infrastructure of Pipelines and Enhancing Safety (PIPES) Act of 2020 through its passage of the December Omnibus spending bill.
Read More
News
Back to Top