In a Health Care Revolution, Petrochemicals are at the Heart of the Matter

In a health care revolution, the Cardiac 3D Print Lab at Phoenix Children’s Hospital is making model organs out of plastics to help save children’s lives. Physicians at Phoenix Children’s, in collaboration with researchers at Arizona State University, are producing precise 3D models of their patients’ unique body parts: they focus mainly on hearts but can do everything from ears to skeletal structures and blood vessels — even brains. Doctors use these replicas for surgical planning and preparation — to determine an operating path — and for medical education. According to research firm Gartner, “by the 2021, 25 percent of surgeons will practice on 3D-printed models of the patient prior to surgery.” These models are already bringing significant benefits to patients, their families and their care teams. Take the story of two-year-old Cole for instance, who, according to the hospital, was forced to undergo open heart surgery at just six months of age. His doctors at Phoenix Children’s replicated and studied his heart before surgery, which meant they were prepared going in and met no surprises. Today, Cole is a rambunctious toddler and a walking, talking success story of 3D printing in the medical profession. These models are created using digital files and 3D printers, which deposit layers of materials — such as plastics and resins — until the object is complete. Thanks to a partnership with HP, Phoenix Children’s is producing engineering-grade, functional parts in full color, black or white. The colors are especially useful for showcasing and differentiating complex parts — like intricate hearts. A number of petrochemical manufacturers, including Arkema, BASF and Evonik, have partnered with HP to provide materials necessary for making these 3D prints – so customers using HP printers can select a material supplier and engage with them directly to develop the materials needed. Arkema is leveraging a wide portfolio of polyamide powders, which begin with benzene or butadiene, acrylate resins, which start with propylene, and other high-performance polymers. BASF boasts an extensive range of polyurethanes, which start with benzene or toluene, and acrylate systems, which begin with propylene, as well as engineering thermoplastics, photoinitiators, functional additives, stabilizers and pigments. Evonik is supplying plastic powders, which are derived from butadiene and play a key role in the production of plastics. The range of materials used will continue to evolve alongside the process and possible applications. Phoenix Children’s is also experimenting with using 3D printers and plastics for the creation of “visually appealing casts and corrective devices” — a big improvement from the traditional clunky plaster casts. To take this one step further, Torc2, a company in the UK, has developed a 3D-printed cast for infant hip dysplasia that will revolutionize corrective treatment of congenital deformities. In the past, infants were required to be in plaster casts and as the babies grew, those casts had to be changed, meaning a great deal of pain and requiring the use of general anesthesia each time. The new type of cast is a mixture of polyethylene vinyl acetate, of which ethylene is an essential component, and paraffin wax, reinforced with polypropylene fiber, which can melt at a low enough temperature so that it doesn’t have to be removed from the skin. Once cooled, the cast hardens and conforms to the exact shape of the baby’s body. The 3D Print Lab also contributes to a therapy program for patients with brain tumors to help facilitate emotional recovery after a surgery. Following the operation, patients receive a 3D print of their tumor that they can use for a cathartic experience — which typically means destroying the replica; or for patient empowerment — keeping it and showing it to friends and family. Twelve-year-old Zachary was able to find relative comfort after his brain tumor diagnosis, according to the hospital, which was only discovered after he received a CT scan at his doctor for a sports-related concussion. Following the discovery, Zachary received a 3D print of his tumor, which helped him understand the exact size and shape of what was in his head and ultimately gave him a feeling of understanding and control in an otherwise frightening situation. Plastic and resin-based 3D replicas made using petrochemicals are not only helping physicians better understand diagnoses and prepare for procedures, they are giving patients and their families peace of mind in unsettling circumstances. As modern technology and 3D capabilities continue to evolve, there is no doubt that petrochemicals will continue to play a key role in the creation of 3D products — whether that be common, everyday objects or one-of-a-kind brains, tumors and hearts. 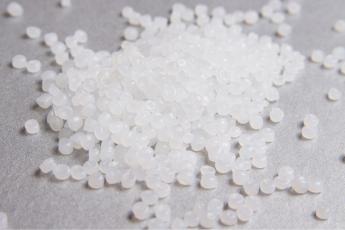 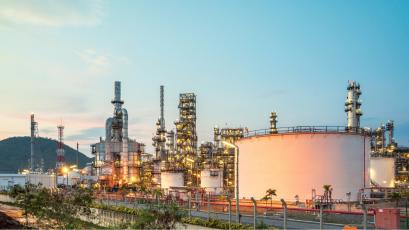 Dramatic predictions and commentaries about the potential impact of the COVID-19 pandemic on the future of the fuel and petrochemical industries have made headlines.
Read More
Blog

The refining and petrochemical industries: 170 years of innovation

The fuel and petrochemical manufacturing industries have come a long way from the simple thermal stills used to create kerosene in the 19th century to today’s sophisticated, high-tech and complex facilities that help provide America — and the world — with the fuels, petrochemicals and products that we all rely upon every day.
Read More
Blog
Back to Top