The corn lobby has falsely claimed recently that waivers granted by the EPA to small refiners—relieving them from the onerous costs of complying with the Renewable Fuel Standard (RFS)—have destroyed demand for ethanol. Nothing could be further from the truth. Demand for U.S. ethanol remains strong. In fact, it would even remain strong without the RFS, given that ethanol is an affordable octane booster. 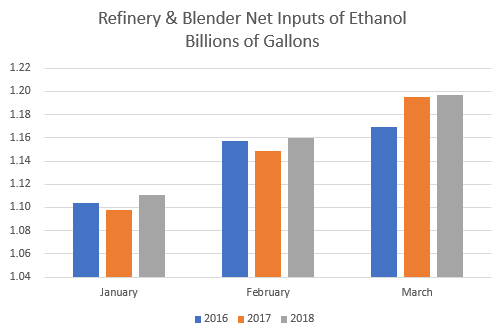 A comparison of EIA data in the graph above clearly shows the amount of ethanol that petroleum refiners have blended into the gasoline supply has consistently risen over the last three years in absolute terms. The average ethanol blend rate for the first quarter of 2018 (with EPA waivers in effect) was 9.85% of U.S. gasoline, at least as high or higher than in 2016 and 2017. The modern fuel refining industry has optimized operations to utilize ethanol in the production of finished gasoline—because it is a low-cost, readily available source of octane. Producing gasoline with the same octane ratings without ethanol would require significant, and uneconomic, investments. What the EPA waivers have shown is that ethanol is an economic source of octane for the U.S. fuel supply that does not need a mandate. The truth is refiners today would use ethanol regardless of the RFS because of its worth as an oxygenate. The mandate, itself, isn’t needed to keep the ethanol industry competitive. EPA’s waivers alleviated some of the undue financial burden associated with proving RFS compliance, but those waivers—as the numbers show—did not dent ethanol demand. Let’s focus on the facts. 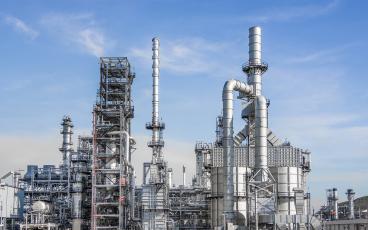