If someone is telling you something that is too good to be true, it’s probably because it is. In this case, it’s the ethanol lobby that is advancing a bill under the guise of “consumer choice,” that, in fact, is merely driving a failed government mandate further.

This week, Congress will evaluate the Consumer and Fuel Retailer Choice Act which, along with other policies such as the Renewable Fuel Standard, would force more ethanol into the U.S. fuel supply by granting a vapor pressure waiver for fuel containing 15 percent ethanol (E15). But as higher ethanol-gasoline blends like E15 continue to be given a protected place in the market — despite lacking demand — it is consumers who are paying the price.

While the Environmental Protection Agency has approved the use of E15 in some cars, many are still susceptible to engine damage, according to a study by the Coordinating Research Council. In fact, 90 percent of cars on the road today are not compatible with E15, while boats, motorcycles and outdoor power equipment are legally prohibited from using this fuel. This includes the 250 million outdoor power equipment products and 22 million motorcycles and ATVs.

The reality is that most automakers will void warranties of non-approved engines damaged by E15, leaving consumers on the hook for costly repairs. A recent AAA survey revealed that one in three U.S. drivers cannot pay for an unexpected car repair bill, which averages between $500 and $600 — leaving 64 million drivers at risk of going into debt should auto trouble strike.

For those out on the water, the Coast Guard warns of safety issues related to using E15 in boats, and nearly 90 percent of boat dealers, marinas, and boat engine manufacturers report seeing engine damage caused by higher blends of ethanol, according to a 2016 Boat Industry magazine survey. It is no wonder that the boating community has long been concerned that higher blends of ethanol jeopardizes their boats and businesses.

Beyond these consumer risks, more E15 is less economical for consumers because ethanol has 33 percent less energy than gasoline. This means higher blends of ethanol give drivers less go per gallon, forcing them to pay more by the mile.

These are only a few reasons why demand for E15 has not come in line with the goals of already-existing policies like the RFS that were enacted to create a market for higher blends of ethanol.

The ethanol lobby is claiming this bill will reduce regulatory barriers to allow more consumer choice. But, what they won’t say is, that as long as the RFS is mandating higher blends of ethanol, this is simply an attempt to further distort a market that has failed to materialize in the 12 years since ethanol mandates were put in place.

This bill is simply an effort to expand a long-failed mandate for products that consumers don’t want and can’t use. Instead, we need Congress to take a comprehensive look at fuel policies in a way that puts the consumer first and reflects the realities of the fuel market. 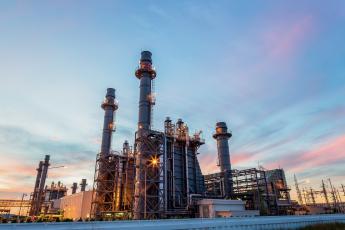 WASHINGTON, D.C. – This is a commonsense administration decision. We’re still waiting for EPA to make a call on 2019 and 2020 relief petitions and there remains no 2021 or 2022 proposals, much less final rules, from the Agency to guide business decisions for refineries. We all know RIN scarcity is real and clarity about future obligations is needed in order for facilities to align around their individual compliance strategies.
Read More
News
Back to Top