A central theme running through the “Better Deal” economic policy agenda that the Democratic Party rolled out this week is the importance of creating—and protecting—good-paying jobs – jobs that will help boost middle-class incomes and create new economic opportunities nationwide.

If Democrats are serious about keeping the promises that their campaign slogan makes— “Better Jobs, Better Wages, Better Future”—they should stop trying to eliminate businesses in the United States that already deliver that promise. We’re talking about the U.S. refining and petrochemical industries, which provide millions of good paying careers that contribute enormously to our economy.

But don’t just take our word for it.

In a recent letter to members of the U.S. Senate, the North America’s Building Trades Unions said:

“The domestic refining industry provides our members with thousands of high-paying jobs. When refineries invest in major project or maintenance projects, known as turnarounds, they typically employ an additional 1,000 or more skilled craft workers.”

The United Association of Journeymen and Apprentices of the Plumbing and Pipe Fitting Industry of the United States and Canada also recently wrote members of the Senate, explaining:

“Many of our members rely on domestic refining industry jobs to support their families… Northeast refiners are critical to our members because jobs at those facilities represent a primary source of work for plumbers, pipefitters and welders.”

And the United Steelworkers Union wrote to members of the Senate on behalf of their 850,000 union members, saying:

“Since the 1970’s our union has long been an advocate and partner in ensuring the Clean Air Act finds the correct balance between jobs and a clean environment.”

Our nation’s petrochemical companies also provide high-paying, highly-skilled careers. Sure, those raw resources, transformed by efficient U.S. refiners have fueled our nation’s innovation and mobility—from automobiles to public transit to airlines, and even the fuel needed for space exploration. But there’s more – petrochemical manufacturers have their own story to tell.

Petrochemicals, derived from oil and natural gas, are the building blocks for thousands of products that make our lives immeasurably better. Petrochemicals have been instrumental in advancements in healthcare, from simple items like Band-Aids and rubber tubing to complex life-saving equipment like pacemakers, incubators, and more. Smartphones, bulletproof vests, and flame-retardant equipment for first responders, as well as the components necessary for windmills, solar panels and electric cars all start with petrochemicals. Their contributions to modern society are endless.

Much of mankind’s major advancements over the last 100 years or so have been made possible by affordable and reliable energy—and the petrochemical products that AFPM members manufacture every day. We hope that as Democrats, and Republicans alike, seek to grow our economy and create new opportunities for good, stable, and high-paying jobs, they will support fuel refiners and petrochemical manufacturers. That’s the real – and better deal.

Michael Frohlich is the former Manager, Communications at AFPM. 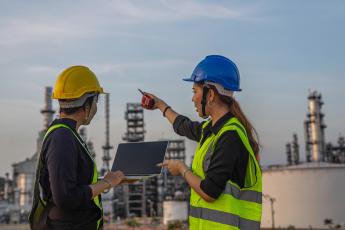 Employee health and safety is top priority for the fuel and petrochemical industries, and the COVID outbreak has necessitated a number of changes to business operations.
Read More
Blog 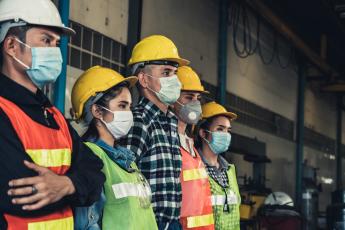 The fuel and petrochemical industries have a long history of supporting the communities in which they live and operate, and they have amped up that support during this difficult time.
Read More
Blog
Back to Top