“U.S. trade representatives must work with their Canadian and Mexican counterparts to ensure that the core tenets of NAFTA facilitating the free flow of trilateral energy trade remain in place. This is a historic trade relationship that bolsters the U.S. economy, encourages investment and is critical to maintaining strong North American energy security.

“Reinforcing ties with Canada and Mexico — two of our most important energy trading partners — is essential to the United States’ global competitiveness and the ability of the U.S. fuel and petrochemical industries to support manufacturing and transportation globally. Shutting these borders and obstructing the flow of critical products would stall progress here at home and around the world.

“As our trade representatives look to modernize the agreement, they should do so with an eye towards enhancing the protection of American companies operating abroad against theft, discrimination and unfair treatment in investor-state dispute settlements. Doing so will support the ability of U.S. industries to invest and reach new consumers, delivering benefits and goods to our domestic economy.” 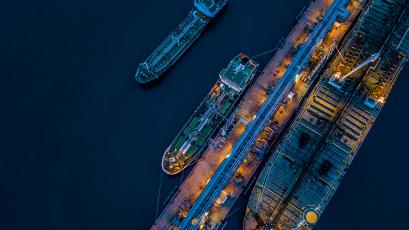 WASHINGTON, D.C. – Today, Chet Thompson, President and CEO of the American Fuel & Petrochemical Manufacturers, made the following statement regarding the Administration’s announcement of tariffs on products made in Mexico.
Read More
News 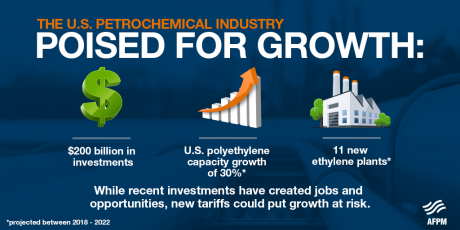 One of America’s major strengths when it comes to the economy and global trade is our petrochemical industry, which produces the building blocks used in manufacturing supply chains across the globe.
Read More
Blog 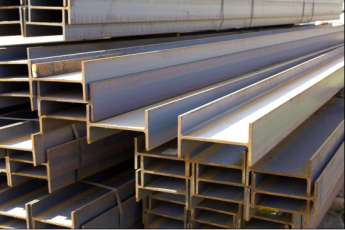 The American Fuel & Petrochemical Manufacturers (AFPM) has expressed concern about the impact that steel and aluminum tariffs would have on prices at the pump, infrastructure investment and jobs.
Read More
Blog
Back to Top