TSCA Reform is a Done Deal: Now What?

President Obama signed the Frank R. Lautenberg Chemical Safety for the 21st Century Act into law on June 22, 2016. The law requires a number of actions to be taken by EPA within the first couple of years of enactment. Within 180 days, EPA must identify 10 chemicals as high priorities for risk evaluation and consult with the Small Business Administration to review the standards for qualification of small businesses.

Within one year, the agency must establish by rule a risk-based prioritization process; a risk evaluation process; and, reporting requirements to establish a TSCA Inventory (Active Inventory) that captures chemicals currently in commerce. EPA must also develop guidance, subject to notice and comment, for developing and submitting industry-initiated risk evaluations. In addition, EPA must establish the Science Advisory Committee on Chemicals, which will operate under Federal Advisory Committee Act rules.

One of the most important sections of the new TSCA appears in Section 26, requiring EPA to develop all policies, procedures and guidance to carry out chemical testing, new chemical reviews and risk evaluation and management of existing chemicals. EPA has two years to develop these documents, which are all subject to notice and comment.

Needless to say, EPA has a tremendous amount of work to do in the upcoming months. The agency just released its first-year implementation plan and it appears to be ambitious. Because the law now explicitly requires EPA to review and make affirmative determinations for new chemicals, EPA states in its plan that it will “make every effort to complete its review and make a determination…under the original deadline.” The agency does, however, interpret the new TSCA language as a means, if need be, to reset the 90-day review period for pre-manufacture notices (PMNs) that were submitted prior to enactment. Hopefully, that will not apply to very many chemicals.

EPA also intends to continue its review claims for confidential business information (CBI), which now has to be done within 90 days of submission, and will develop a plan to link the unique identifiers assigned to CBI claims for chemical IDs by mid-July. My guess is that EPA will use its existing guidance until the more formal plan that is subject to notice and comment can be developed. EPA has two years in which to develop the formal plan for all CBI submissions and substantiation.

For the processes that must be established by rule within one year, EPA intends to issue proposed rules by mid-December of this year and finalize those rules by June 2017. I am willing to bet that EPA has anticipated the development of these rules and has already begun the drafting process.

Although there is no official deadline under which the agency must develop a process to set and collect certain fees, EPA has expressed that it is a top priority. EPA plans to meet with affected parties and intends to publish a proposed rule by mid-December 2016.

Although EPA has one year to establish the Science Advisory Committee on Chemicals, its goal is to publish a Federal Register notice announcing the formation of the committee in early September 2016. There will be a public comment period that ends in early November so that the committee can be established by December of this year.

My view is that the first two years of implementation of the new TSCA is critical and AFPM must be fully engaged on several fronts. AFPM will continue its involvement in the Alliance for American Innovation (AAI), which is the umbrella group for close to 200 different trade associations concerned with TSCA reform. From what I gathered at our last meeting, there is interest in working together during the implementation phase. The next AAI meeting is in two weeks and I will be in attendance to discuss our interest in working together.

We have a unique opportunity to help shape the future of TSCA. Although AFPM didn’t get everything it asked for, the resulting package contains explicit direction for EPA to incorporate sound science and increase regulatory transparency. AFPM must ensure that these concepts are not forgotten during implementation. 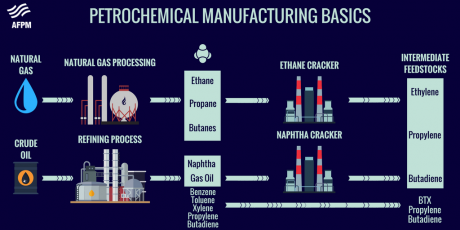 Have you ever wondered how crude oil or natural gas is processed, and how it becomes the building blocks of products we use everyday?
Read More
Infographic 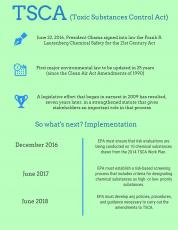 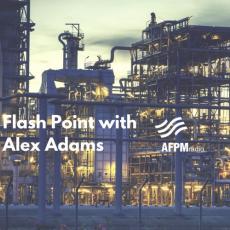