Just over a year ago, the Primer highlighted how EPA finally recognized the vehicle and fueling infrastructure compatibility constraints in using its legal authority to propose reducing the annual requirement for the nation’s biofuel mandate, known as the Renewable Fuel Standard or RFS, from what is written in the law that created the program. The Primer also noted that despite the ethanol industry's claim that the sky was falling, it had a pretty good year in the absence of any standard being finalized until November.

It turns out that as much things change, as much they stay the same. The biofuel lobby once again played the role of Chicken Little upon seeing both EPA’s proposed and final biofuel mandate rules for 2015. Once again, during a year that passed almost entirely without EPA issuing biofuel mandate requirements, the ethanol industry fared pretty well.

Upon seeing EPA’s biofuel mandate proposal last May for years 2014, 2015 and 2016, RFA President Bob Dinneen said the rule would “further discourage private sector investment in infrastructure and technology” (Sidebar: When EPA released the draft rule for the RFS, the U.S. Department of Agriculture also announced $100 million in federal grants for biofuel infrastructure, but I digress.). The ethanol lobbying group America’s Renewable Future stated EPA needed to increase the ethanol requirement, because the RFS “strengthens America’s security and the economy.”

Reaction to the final rule wasn’t much different. Dinneen said EPA’s rule “turns the nation’s most successful energy policy on its head.” The National Corn Growers Association commented that the rule threatens the economy and our energy security. Other ethanol industry interests released similar statements warning of gloom and doom. Fortunately for consumers, as President John Adams would say, the facts are stubborn things.

The Reality: Another Record Year for Ethanol

A recent blog post from the Institute for Energy Research (IER) highlights the fallacies of the biofuel lobby’s claims that EPA’s proposal turned its back on rural America:

2015 was a good year for the ethanol industry for both production and blending. According to the Energy Information Administration (EIA), U.S. ethanol producers increased their production 3.4 percent to 14.81 billion gallons in 2015, and refiners and blenders consumed 13.69 billion gallons (2.7 percent more), adding it to the U.S. gasoline supply.[i] (See Table below.) That consumption amounted to roughly 893,000 barrels of ethanol per day.

Keep in mind that this scenario played out in a year that was tough for commodities generally AND one during which an EPA rule on ethanol requirements was not even finalized until the year was almost over. Even RFA President Bob Dineenn touted the industry’s 2015 job creation and investment numbers during a recent interview with Environment & Energy News, despite alleging EPA’s rule would be disastrous for his industry.

The domestic market wasn’t the only one experiencing biofuel growth. The U.S. Energy Information Administration (EIA) revealed last month that:

The United States remained a net exporter of fuel ethanol for the sixth consecutive year and exported the fuel to 35 different countries in 2015.

The ethanol industry’s rhetoric on “energy security” also falls flat. The United States is more energy secure than any time in recent memory given the dramatic expansion of oil and gas production attributable to hydraulic fracturing. Once again, IER sums it up nicely:

The increase in U.S. oil production is about five times the output of all the ethanol distilleries in the country.

The Evidence is Clear: End the Mandate

The facts make one thing abundantly clear: The ethanol industry is mature and can survive on its own – WITHOUT a federal mandate. Additionally, private sector oil and gas development have made the energy security claims upon which the mandate was partially based moot. EPA’s proposed biofuel requirements for this year certainly have their challenges, but contrary to the biofuel lobby’s claims, they are associated with the Agency requiring too much ethanol to be blended into the fuel supply.

The ethanol industry has experienced back to back years of robust financial and volume performance. It experienced such results despite back to back prophecies of impending doom that, according to its own predictions, should have materialized from EPA’s refusal to shove more biofuel down consumers’ throats then they wanted to buy or their vehicles and engines could handle. It’s time for Congress to recognize these stubborn facts and repeal or dramatically reform the nation’s flawed biofuel mandate. 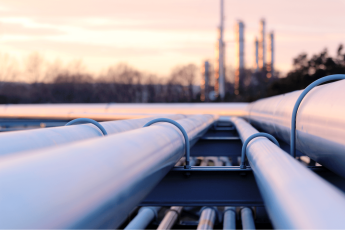 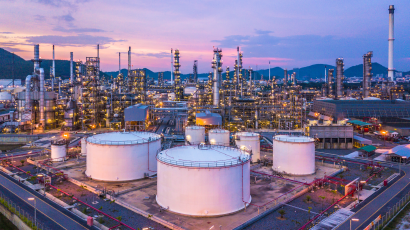 EPA’s blanket denial of relief for small refineries is a political decision that contradicts Congress’s design for the RFS. We are deeply disappointed in this and in the precedent it sets for small refineries experiencing hardship and the communities and regions that rely on these facilities for energy security.
Read More
News 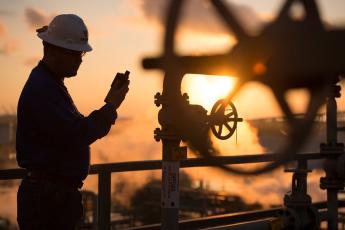 In a series of comments submitted recently to EPA, leading labor groups made the case to President Biden and EPA Administrator Michael Regan for reductions to the proposed 2022 Renewable Fuel Standard (RFS) volume mandate. An unachievable and costly RFS is a threat to good union jobs.
Read More
Blog
Back to Top